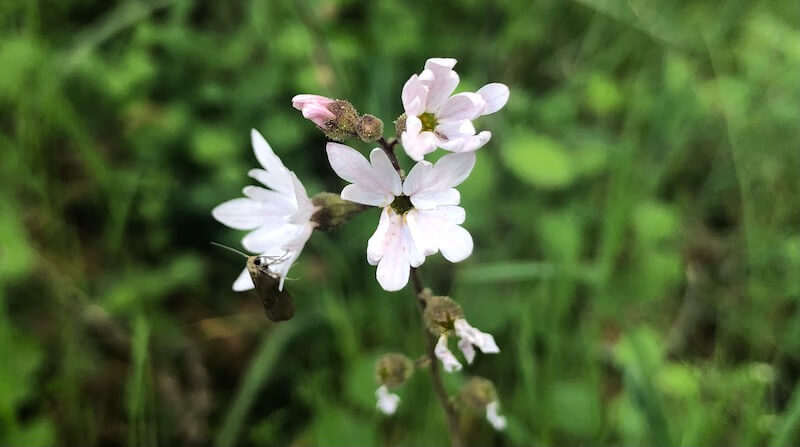 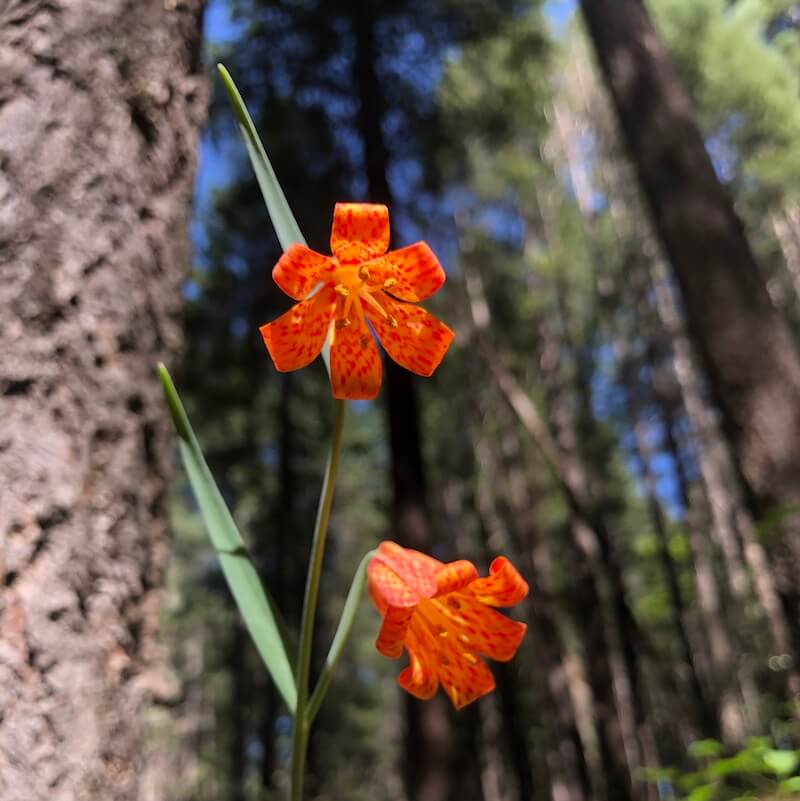 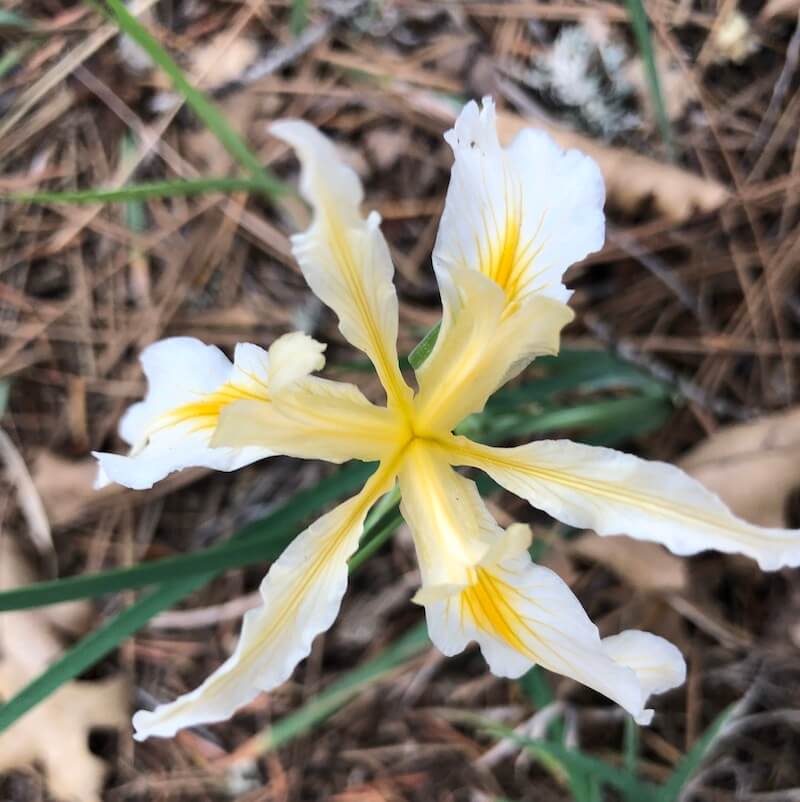 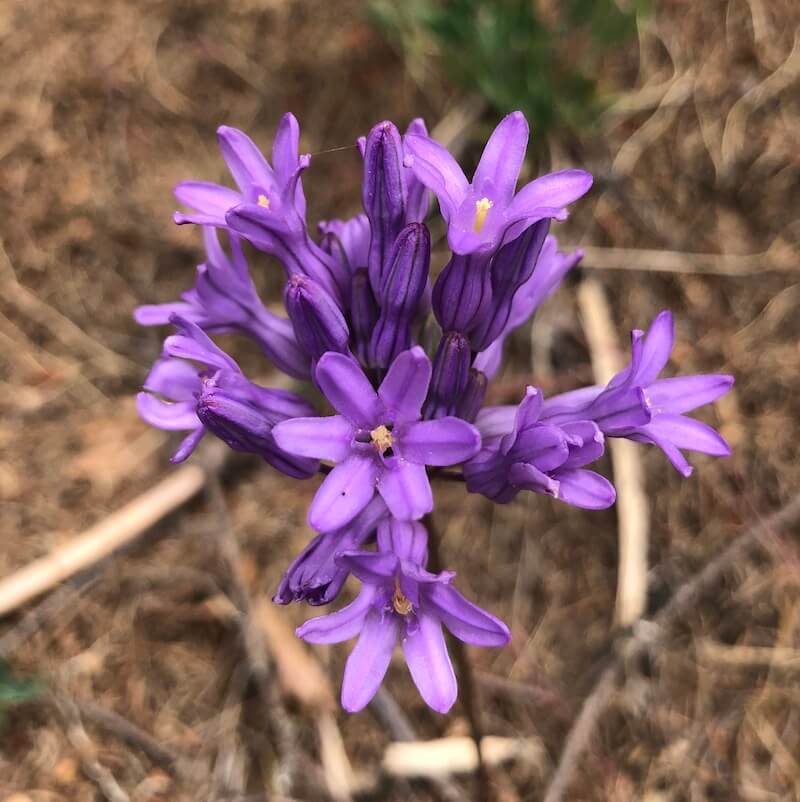 Join FRLT in learning about the unique plant species of the Feather River region and take a walk to explore the diverse plant life near Mountain Meadows Reservoir (Walker Lake) with botanist and FRLT member John Stebbins.

We’ll start the morning with a short workshop highlighting some of the most interesting plants of the watershed. John will share what makes these species so unique and why it’s important to protect their habitat. He’ll also share tips on what to look for in identifying them. Then we’ll head out to explore the shore of Mountain Meadows Reservoir and enjoy searching for wildflowers and other interesting native plants.

John Stebbins is a botanist, a longtime member of Feather River Land Trust, and life-long lover of the Feather River region. As a botanist at California State University, Fresno for 30 years, John conducted research, managed the herbarium, and taught numerous botany courses.

John has been interested in the Feather River region ever since he first rode the California Zephyr through the Canyon as a very young child and also visited numerous areas near Lassen, Chester, and Quincy camping and fishing. He is always on the lookout for new or unique flora and enjoys describing new observations. He and his wife Elaine live in Napa and Lake Almanor, where they have a summer home.

John has performed numerous studies in the Sierra Nevada and has worked as a scientific consultant to the U.S. Forest Service, U.S. Fish and Wildlife Service, several State and Federal public agencies and PG&E. He has long been involved with the utility sector in this region, working on the Bucks Lake Project and several components of the Feather River Project including Lake Almanor, Butt Lake, Mountain Meadows, and Rock Creek-Cresta. His special interests include many of the rare or localized plant species of the Sierra and he has authored or co-authored numerous publications and species descriptions.

He currently is working with the UC Berkeley Jepson Herbarium botanists on their successful YouTube video series on native California plants. John was the first president of the Sierra Foothill Conservancy (a land trust working between Yosemite and Sequoia) and is passionate about the success Land Trusts have made in conserving the unique biodiversity of California. John and Elaine are members of FRLT’s Land Legacy Circle.

June 5th, 2021, 9am to noon at Mountain Meadows Reservoir

This free event is open to all ages. Registration is required.

The field portion of the event will include a good amount of walking (potentially on uneven terrain) so please wear sturdy shoes, and bring along sun protection, hat, mask, snacks, and drinking water. You may wish to bring a folding/camp chair for the workshop portion of the event.

This event is limited to 20 participants. We’re just starting up outdoor event opportunities after a long hiatus and are navigating how to do so safely and effectively. We apologize if we can’t accommodate all who wish to attend. Please stay tuned for future opportunities to learn and engage out on the land!

Thank you for your interest in this event. Registration is full. We invite you to visit one of our five public preserves and sign up for our e-newsletter for invitations to future events.

A new nature center at the Sierra Valley Preserve

A new Preserve headquarters and nature center is planned where visitors and locals alike can experience the wonders of Sierra Valley and deepen our understanding of the natural world and our place in it.

Check out FRLT’s new West Entrance to the Sierra Valley Preserve. Take a guided nature walk along our botanical trail with a California Naturalist, learn about the valley’s history, and our plans for a future nature center.

Get out and experience the beauty of the Feather River region with FRLT's events on the land. From birding and botany to history and learning about Dixie Fire recovery, there's something for everyone!

Led by Rob Wade and FRLT, a national cohort of land trust folks are working to raise up the next next generation of earth stewards and building equitable, accessible, and community-driven programs for kids where they live.

Take a look back at 2021 with us and celebrate the successes made possible by our supporters. While it was a challenging year in many ways, we still have great things to celebrate in the Feather River region.

Protected in 2021, Bucks Lake is a Plumas County treasure. Surrounded by public lands and the PCT, the PG&E owned reservoir offers exceptional outdoor recreation and its habitats support a remarkable diversity of wildlife.

We've created an Emergency Fire Response Initiative—a 3-year effort that changes the way we do business in light of climate-driven megafires. Learn more about our plan that's already underway.

We have a saying at our school—You're a mountain kid. You're a mountain kid if you've interacted with local plants and animals. You've seen them in the wild, you understand their ecology, and you've done projects to support them.
- Aletha O'Kelley
2nd grade teacher, Chester

We can't do this work without you

Get the latest news and updates